How to get to Jump Ljubno

Women's ski jumping took off and landed among the stars this year. 20,000 spectators enthusiastically applauded three Slovenian podium results at two "Valentine's weekend" competitions. And to the first Slovenian gold medal in Ljubno. One of the biggest goals – complimenting Slovenian women's ski jumping, the hearty people of Ljubno, and all the fans – has been fulfilled. 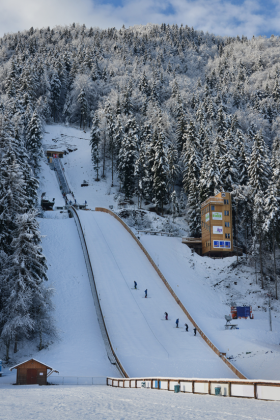 The interest and mass involvement in women’s ski jumping in Slovenia as well as abroad are reaching an impressive level. Over the past few years, the discipline has reached a respectable position on the popularity fan scale, also among Slovenians. Ever since the IOC placed women’s ski jumping among Olympic disciplines, the sport itself has started to blossom and has been gaining the well-deserved attention. One after another, competitions were organised, more and more of them in the World Cup as well, and the infrastructure was extended. Ljubno was ready to become a player in the game, too. The effort invested and the enormous amount of commitment of the local community have peaked this year with the new ski jump and its auxiliary facilities in Ljubno which strengthened the importance of the ski jump itself and Ljubno as an indispensable part on the World Cup circuit. 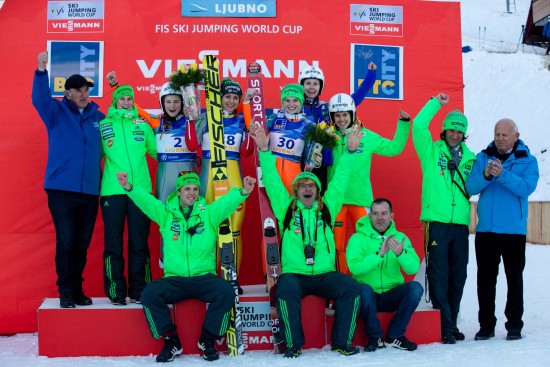 Next year, Ljubno will host already the 6th show of the “Devilish Slovenians”. The season has started and our ski jumpers are in a great shape, ready to tackle new challenges. Just like every year, they will share their success with their fans. Our encouragement will give them wings to fly even farther; therefore, you are welcome to visit the FIS World Cup Ski Jumping Ladies event on the 11th and 12th February 2017 in Ljubno. This year we flew to the sky. Next year we will fly even higher! 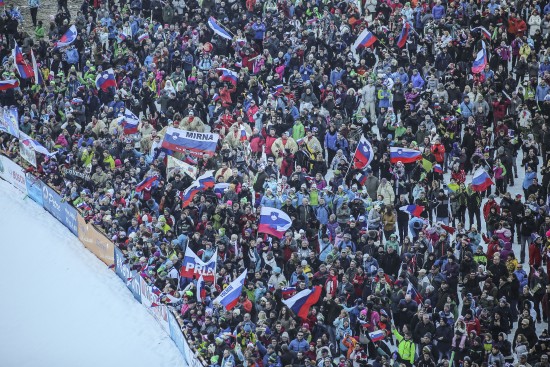